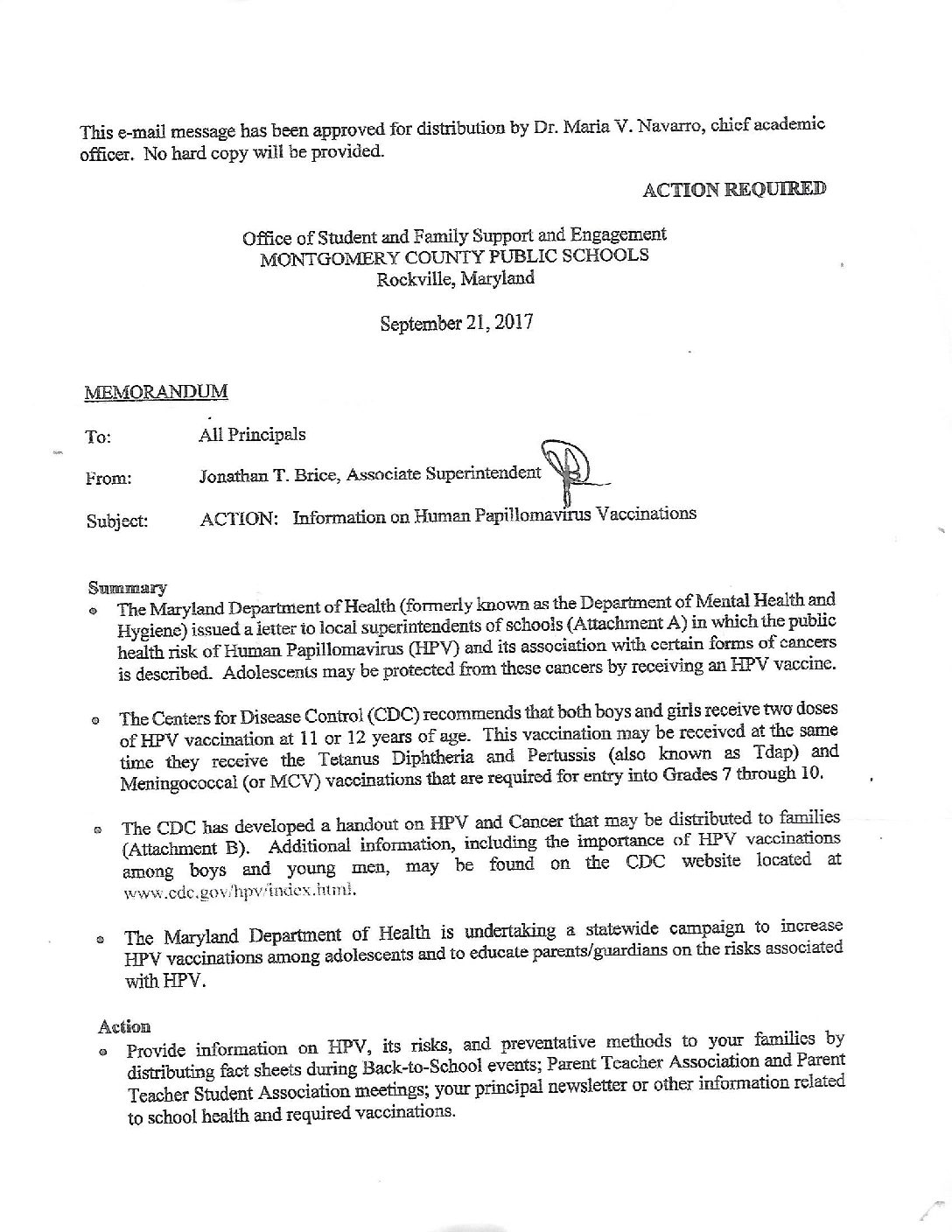 Governor Hogan’s empathetic desire to reduce and prevent cancer is admirable, and I have great respect for him. However, a secretive campaign to market vaccinations against human papillomavirus (HPV) in state schools is not a proper public health policy strategy to accomplish those goals. I learned about this under-the-radar campaign after my 13 January 2018 Capital Gazette op-ed  “HPV Vaccination Isn’t There Yet,” in which I questioned the wisdom of this particular mass vaccination program. A nurse registered for the Montgomery Country schools told me she felt coerced to market the vaccine to students but objected to the policy and was also frightened of speaking out for fear of losing her job.

In August and September 2017, the Maryland Department of Health sent two letters (one of which is posted here) detailing these plans to every school superintendent in the state. They reveal a campaign to market the HPV vaccine with no public discussion, approval process, or effort to inform parents. One letter uses words such as “imperative” in urging that schools administer the vaccine. This blurs the line between mandated school-entry required vaccines and an ACIP-recommended vaccine. The fact that HPV is a sexually transmitted disease is not even disclosed. The directive approved by Dr. Ken-Lin Tai, director of the Center for Cancer Prevention and Control, reflects strongly coercive state action interfering with free and informed consent. The ethical violation here is clear.

In addition to the ethical concerns, the letters contain fraudulent information; thus, they might be considered part of a conspiracy to defraud consumers—children in particular. Among the inaccurate statements made are the following:

In short, the intent of the campaign revealed in these two letters does not pertain to reducing the spread of HPVs among our children. Well before this vaccine was available, the Maryland Department of Health  was highly successful in reducing the rates of both cervical cancer and mortality. If Dr. Tai’s objective was to reduce HPVs, the letters should have included references to the only public health strategies proven to be effective. Education about known risk factors should have been emphasized, including promiscuity, smoking, and intravenous drug use. The importance of getting regular pap smears should have been highlighted.

The legal steps I have taken with the Maryland Department of Prevention and Preparation are detailed in the 14 August 2018 Capital Gazette: “Josh Mazer: Maryland Should Be Upfront about HPV Vaccinations for Children.” To take further immediate action on this issue and share your thoughts with Governor Hogan, please visit my website now at www.hpvisstd.com.

Bad News about Toxic Groundwater for Westminster, Maryland, and the Surrounding...